When Toddlers Say No!

When Toddlers Say NO! 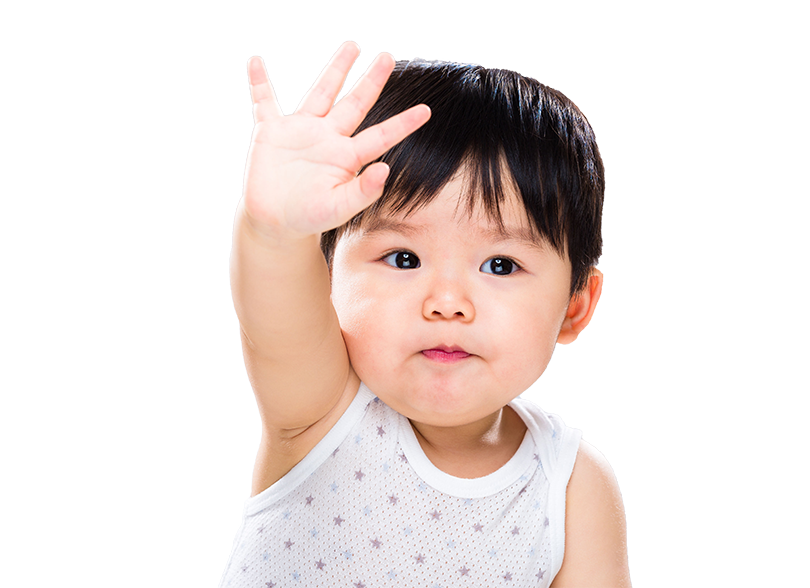 The moment your child utters her first word, you’ll probably want to announce it to the world, while quickly marking the occasion in her baby book. You probably won’t be so thrilled, however, when her word of choice evolves into the very opinionated word “no.” Although this is a frustrating and challenging stage of development, it is completely normal.

Jen Mann-Li, a mother of two, describes her daughter Sadie, 3, as a “pro” at using the word no. “She was a late talker, didn’t really talk until she was almost 2-years-old, and no was a favorite right away,” Mann-Li says.

Mann-Li says that Sadie refuses to be distracted from what she wants. “She’s very stubborn and will not budge (sometimes literally),” she says. “We have a saying that Sadie will ‘die on that hill’ and she does daily over these ‘silly’ things.”

Why they say it
Laura Murphy is a certified parent coach and president of Real Families, Inc., which helps families work through parenting, marriage and financial issues. She says that the chief child-rearing complaint she hears from parents concerns children refusing to do what the parents want them to do.

Not only is the word “no” an easy word for toddlers to say, but Murphy believes, “The biggest reason they say it so much is because they hear it so much from everyone else.”

The good news is this phase is completely normal and healthy. “The number one job of a 2-year-old is to test every physical limit. Pushing physical limits to find out what the adults will do is a natural approach for a toddler. They need to learn those limits,” Murphy says.

Need a few proactive strategies to reduce the use of the word in your home and forge a path of less resistance?

Change your approach
Challenge yourself to see if you can say no without really saying the word no. For example, if your child asks for a cookie instead of saying “no, not before dinner” say “sure, after dinner.” This exercise will also make you more aware of just how often you say no.

“Once we change our approach, we usually notice a change in our children,” Murphy says.

Also, talk to your spouse and childcare providers about using other words besides no all the time. But that doesn’t mean you should ban the word entirely. “Say yes as often as possible, and when you say no, mean it,” Murphy advises.

Having a sense of humor doesn’t hurt either. Ingrid Brown has two daughters, 4 and 2, who both went through the “no” phase at around 20 months. “I tried to make a game out of it,” Brown says. “If they said no to everything, I would counter back in a funny voice repeating ‘nooooOOOooo’ right back at them and give them a little tickle.”

Barring a dangerous situation like your child refusing to move in a busy street, provide your child with two choices that you like and can live with. “Small choices for the kids, but the adults make the big decisions,” Murphy says. For example, a parent decides on bedtime, but a child chooses between the blue pajamas or red pajamas.

By giving away small decisions to your toddler, she will have a sense of control over her life which will likely reduce negative behaviors such as not listening, running away, resistance, and temper tantrums. If a child refuses to make a decision in 10 seconds, the parent should make it for her, following up with empathy.

Show empathy not anger
Murphy stresses that empathy is an important component of providing choices to your child. When you replace anger with empathy, she says, you’ll notice a huge shift. For example, when your child doesn’t get something that she wants, say something along the lines of: “I know. It’s a bummer.”

Avoid “parenting on the fly”
Stay calm in the heat of the moment and decide ahead of time on what things to definitely say no to and what you can say yes to. Also, try making a list of the small choices you can offer your child during those more troublesome times of the day.

If your tactics don’t seem effective, seek out an expert like a family counselor to assess the situation. Although a tweak in parenting skills
may be all that is needed, an expert can help determine if something more serious is going on with your child.